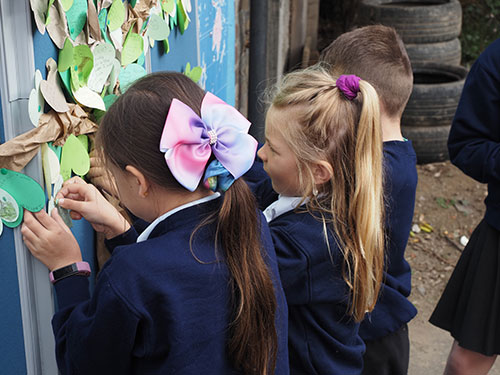 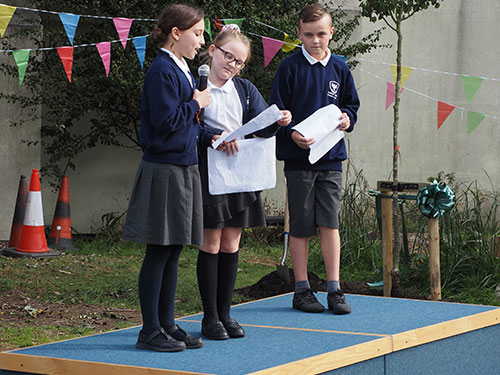 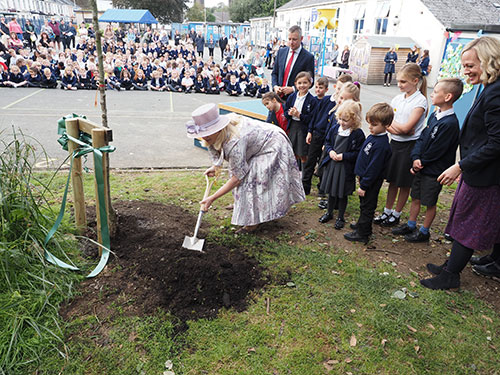 Schoolchildren have taken part in a special ceremony with a host of dignitaries to plant a tree sent by the Queen.

The Vice Lord-Lieutenant of Devon, the Countess of Arran, the Lord Mayor, Cllr Terri Beer, and MP Luke Pollard all played their part in planting the pear tree at College Road Primary School in Keyham.

The school was chosen as one of only 70 schools in the country, and one of only two in Devon, to receive a tree as part of the Queen’s Green Canopy initiative. This scheme invites people to plant a tree for her Majesty’s Platinum Jubilee which takes place next year.

The school was nominated by the Lord-Lieutenant of Devon, David Fursdon, following College Road’s good work in focusing on green issues and creating an outdoor area for the children to learn in.

“It was a massive honour and privilege for us to be chosen for this,” said headteacher, Carina Francis. “To be given a tree in our wonderful new outdoor learning area, which only opened last month, is so magical for the children and they can’t believe they are going to be entrusted to look after and nurture it.”

The pupils played a big part in organising the day which included: poems dedicated to the tree, speeches detailing their hopes for the next 70 years, a performance of Sing (written to commemorate the Queen’s Diamond Jubilee), leaf-shaped biscuits for every attendee, and the creation of a ‘tree of hope’.

“The children wrote on individual paper leaves about their hopes for the environment,” explained Carina. “The green leaves were shaped like hearts – which is a little nod to what happened in Keyham – and the display is going to be transferred to the school hall. I am so proud of our schoolchildren for what they did and there really was a feeling of hope around today’s event.”